We at Painter Preservation believe that historic preservation and urban design can enhance the unique qualities of places, support economic and community development, convey pride of place, improve the quality of everyday life, and ensure that our cultural heritage will be passed on to future generations. In support of these values, principal Diana Painter brings a depth and breadth of experience, a commitment to an exceptional level of professionalism, and a belief in the creative and collaborative process to her clients and work in the community.

"Historic buildings and landscapes embody our history. They remind us, through their presence, of who we are and where we've been."

A Pacific Northwest native, Diana held a number of private consulting and public agency positions in the northwest, California, and the east coast before establishing her own firm in 2002. In addition to these experiences, Diana's training includes a Ph.D. in Architecture, a Master's Degree in Urban Planning, a Certificate in Urban Design, and a BA in Interdisciplinary Design.

Diana has been the recipient of numerous research fellowships, research awards, and commendations for her public service in historic preservation. She has been awarded four American Planning Association awards, both individually and in conjunction with prior positions. She has been the recipient of two international research fellowships, in Sheffield, England and Rome, Italy, and three regional awards for her preservation leadership in Sonoma County. Most recently, Painter Preservation was the recipient of a National Alliance of Preservation Commissions Excellence Award and a Washington State Historic Preservation Officer's Award for Outstanding Achievements in Historic Preservation for their City of Spokane Mid-20th Century Modern Context Statement and Inventory (2018) and an Oregon Heritage Excellence Award for the Oregon City Historic Review Program Historic Survey & Update Project (2011).

Diana believes strongly in giving back to the community, as well as building awareness of how historic preservation and urban design can enhance the quality of our communities and thereby our lives. She writes, publishes, and speaks regularly on these topics at regional, national and international conferences. At present, she is serving her third term as president of the Society of Architectural Historians Marion Dean Ross (Pacific Northwest) chapter and first term as a member of the Spokane Plan Commission. In the past, she has taught as an adjunct instructor at the University of Oregon, Sonoma State University, University of Washington, and Sheffield University. She is a fellow of the Northwest Institute for Architecture and Urban Studies in Italy (NIAUSI) and has served on the Sonoma County and Spokane Historic Landmarks Commissions. Through her firm, she offers internships to foster the next generation of stewards of our built environment and cultural heritage.

Diana Painter, "Regional Modernism on the West Coast: a Tale of Four Cities," in Proceedings of the Society of Architectural Historians, Australia and New Zealand: 31, Translation, edited by Christoph Schnoor. This paper, presented at the 2014 meeting of the Society of Architectural Historians Australia New Zealand, compares regional modernism residential design in the cities of San Francisco, Portland, Seattle, and Vancouver, British Columbia in the mid-20th century. View PDF

Diana Painter and Kevin Brownlee, "Nettleton's Addition Historic District in Spokane, Washington," a research report in the National Park Service's Cultural Resource Management Journal, Summer 2007. This early 20th century streetcar suburb is the largest National Register Historic District in Washington State, and has received much positive publicity as a result, assisting in the revitalization of this neighborhood. View PDF 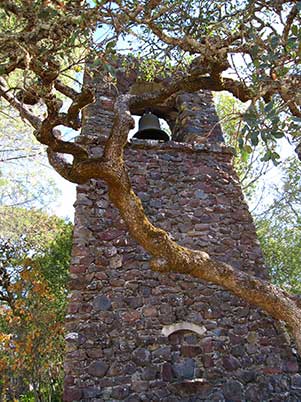